The Excavator and the Bulldozer

Meticulously constructed with painstaking labor over several months, the Caterpillar excavator and bulldozer represent the powers to destroy and to build. In many ways, they represent the ability to turn beauty and potential into violence and control. These machines and many others have been utilized to accelerate the rate of Israeli settlement expansion across the West Bank, gobbling up Palestinian land to facilitate the colonization and control over strategic natural resources. 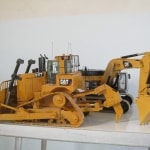 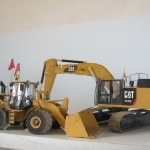 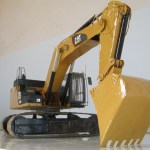 “We’ve been woken up a lot in the village of Um al-Khair to the sounds of excavators digging and bulldozers smoothing out ground to make room for new homes in the Israeli settlement of Carmel next door,” says Eid. “We look over and see how they have water, electricity, paved roads, internet…everything. And for us, we aren’t even allowed to have a small metal shelter or even bathrooms for handicapped people.”

The number of Israeli settlers has more than doubled from 262,500 settlers in 1993 to over 600,000 today across the West Bank, including 250,000 in East Jerusalem. While these numbers are always up for debate, the frustration and helplessness of watching your homes be destroyed to make way for further Israeli settlement expansion is not.

Your financial solidarity keeps us actively engaged with the most vulnerable communities. Consider making a tangible contribution to the work on the ground.
[simpay id=”1359″]