A cordial invitation to join Indigenous resistance in Mufagara

Mufagara, Masafer Yatta, West Bank — On Saturday, at the invitation of the people of Mufagara, activists from across the South Hebron Hills gathered in the village to stand in solidarity with residents against settler violence and attempted land theft. Good Shepherd Collective joined to document an event organized by the women of Youth of Sumud and community members. The event included an opportunity for local children to gather in the community tent, express themselves creatively, dance, and play. This is one of the many weeks of organized gatherings to come in the village of Mufagara, as the community has requested a weekly presence in order to protect their lands.

On September 28, Israeli settlers swarmed the village of al Mufagara as part of a series of organized attacks across Masafer Yatta. At least fifty settlers attacked the small village, slashing tires and throwing huge stones through windows in homes and cars and attacking men, women, and children indiscriminately. Three year old Muhammad Hamamdeh was one of the children injured in the attack, as a settler threw a rock through his home’s window and hit him in the head, leading to his immediate hospitalization. Muhammad is out of the hospital and in stable condition now, but there is no doubt that he and many of the other children will retain traumatic memories of the brutal attack.

In the wake of the attack on September 28, Palestinians, internationals, and Israelis gathered in solidarity with the people of Mufagara and marched from Atuwani to Mufagara. Palestinian activists continued the march toward the settlement of Havat Ma’on in a display of nonviolent resistance to colonial forces, illustrating that their steadfast connection to the land will not be severed. Still, we know that individual protests are not enough to halt settler-colonialism or protect vulnerable lands from colonization. In order to truly be in solidarity with the people at the highest level of risk for forced displacement, we must answer the call when they request coordination to empower them in their own spaces — not only providing a protective presence, but finding ways to make their homes more secure and able to resist violence in the long term.

This intention, rooted in a dedication to finding meaningful ways to empower Palestinians to remain in their ancestral lands, was the force behind the gathering in Mufagara on Saturday and Youth of Sumud’s event for the children. The organizers offered a number of activities for about twenty local children, including organizing an art project, hanging flags and signs, playing games, singing and dancing. The children also helped hang decorations and write signs about the land and resistance, reminding themselves that they have a right to live in peace on their family’s lands and feel safe and secure there. Although this in itself is not enough to secure the communities the children are growing up in, we cannot expect to win big, international battles like the Campaign to Defund Racism if we cannot make time to build spaces for joy and remind ourselves and those around us what kind of future we are building together.

If you are in Palestine, please consider joining in solidarity with the people of al Mufagara as they continue their efforts to resist settler-colonialism by joining in person to show your support. You can reach out to Youth of Sumud to learn more about the upcoming schedule of events. 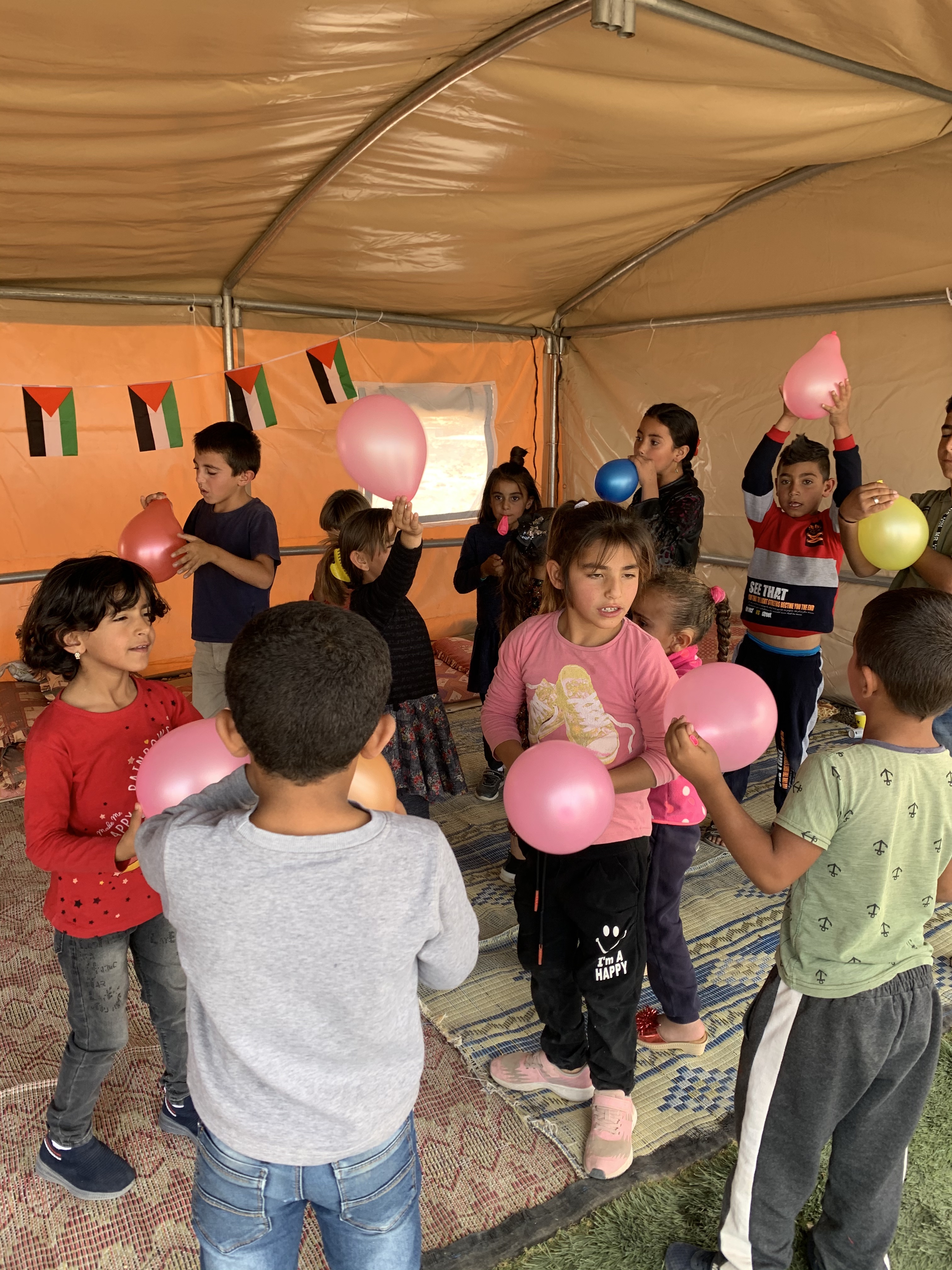 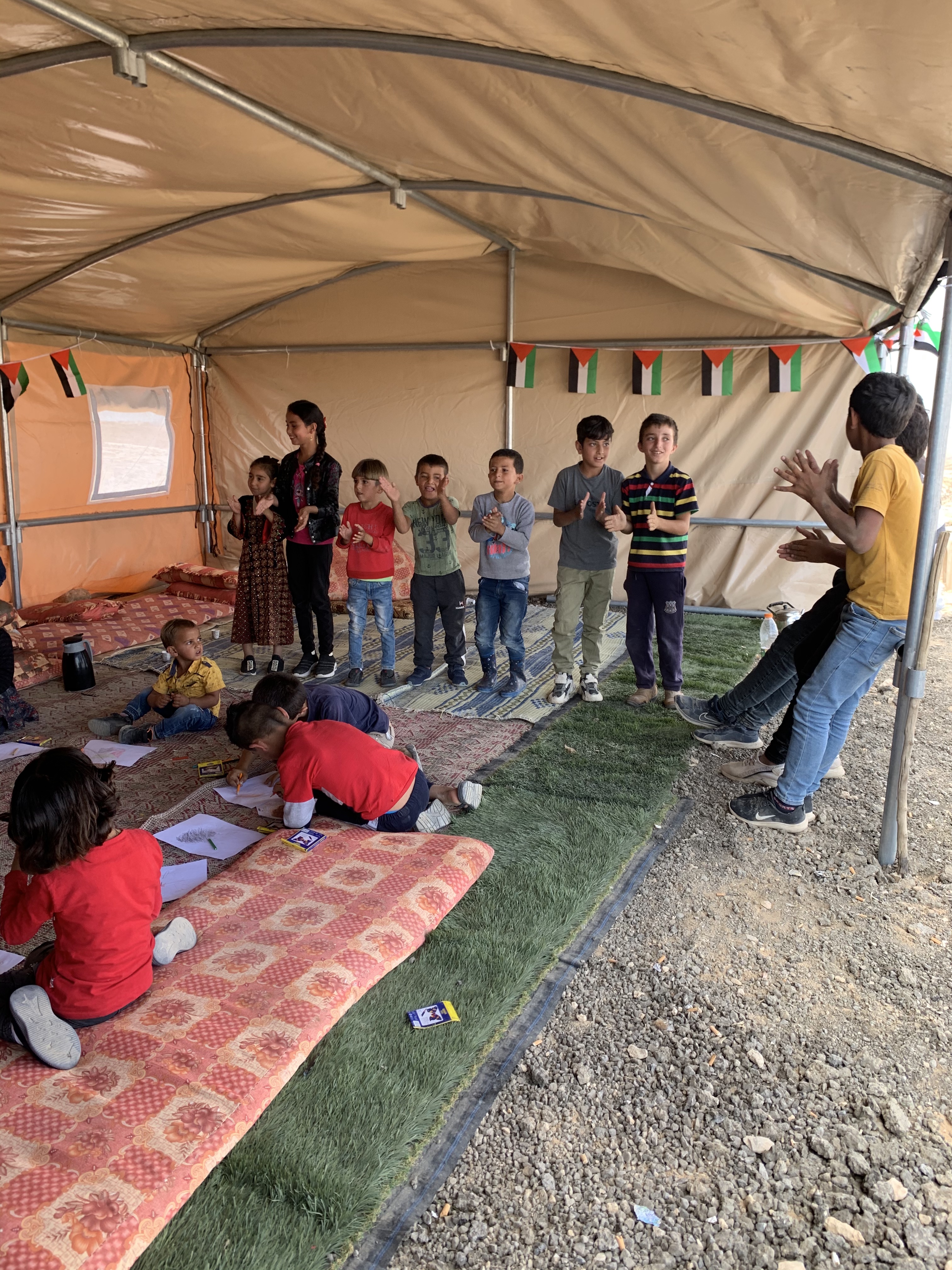