For most children, school time is supposed to be a time of being carefree, of exploring our ideas and talents. As I get older and I collect more experiences and responsibilities, I have come to appreciate more and more how school time is a time of innocence. But for the children of Um al-Khair, this is not the reality. It was not my reality.

I remember a home demolition in 2008 and being in school. It was the end of October and I was in class with all of my classmates, when out of nowhere, our teacher told me that the bulldozers entered my village accompanied by a number of military vehicles. Imagine being a small child and everything that goes through your head knowing that the Israeli military is heading into the village. For us Palestinians, that could mean anything. It could mean home demolitions. It could mean that they are coming to take away members of our family. It could mean they are putting us all under curfew and that we could all be locked in our homes. And for a small child, these thoughts are bigger and scarier than when you are an adult. Because when you’re small, you don’t know how bad it could be and you don’t have the words to talk to anybody about it.

I remember that when my teacher told me what was going on, it was as if everything went black in my head and my whole body was filled with anxiety and panic. I didn’t know even who would be home to receive me when I got there.

Seeing that I was overwhelmed with fear, he told me that I would have to stay in the school and not go home. I refused and I started finding my way back home, but my teacher stopped me and took me to the teacher’s room and told me that he would not let me go home. He was right, because the scene of the Israeli military razing our village was one of violence. They were assaulting the people, shoving them away from their homes. I watched the video later and saw how they threw our furniture outside, all the special gifts we received over the years from weddings, newborn babies and birthdays. It is not easy to watch for anybody, but this is especially true for a small child.

After one and a half hours, he let me go home. I started to run back home. I remember that I ran two kilometers without slowing down. I didn’t feel my legs aching or my chest pounding, I could only feel the fear of what was happening to my mother, brothers, and sisters.

When I arrived the first thing that I saw was my mother crying and the women in our community holding her, encouraging her not to cry. The women here know that if the children see their mom crying, it makes it worse. For us, the mother is the rock of the community, the person everyone relies on. I think this is true everywhere, but more so in communities where there is much pain and suffering. Still, how can you blame a mother for crying when all around her is a disaster of violence, crumbled roofs, shattered walls, and belongings spread across dirty rocks?

I saw all the chaos and destruction and even then, I didn’t cry. But when I saw my mom being held by the women of our community, I couldn’t hold on. I started crying in that moment. I remember my uncle came to me and he gave me a pat on the back, but I continued to cry. I remember my sister walking on the rubble of our house, trying to find her toy. I remember the look on my sister’s face because she only had a few toys and what she had was very precious to her. Even to this day, it is a pain that is hard to explain, because when you come from a poor community, this means something altogether different. These toys are special because people receive so few of them.

It wasn’t just my home and my mother’s home that was demolished, it was eight houses. So many families were left homeless that day and needed support in so many ways. When so many people are left with nothing, who is there to support you? Can you ask the other family for help when they, too, have lost everything?

It took my family two months to rebuild that destroyed house, collecting stones from down the hills and carrying them up to the steep slope. It was such a simple house: no electricity, no water, no bathroom. It was basically a few rows of stone high with a tin roof that could barely keep the majority of the rain out. Even the goats in other places have better shelter than what we were living in.

But it didn’t matter. This small rebuilt structure was a threat to the Israelis and the Jewish settlers nearby in the illegal settlement of Carmel. Soon after, it was demolished again.

After that first experience of having my home demolished while I was at school and running home to see my village destroyed, I could never enjoy school again. Because every time it seemed like our teacher had an emergency to tell us, I worried that he was going to say my village was being destroyed again. 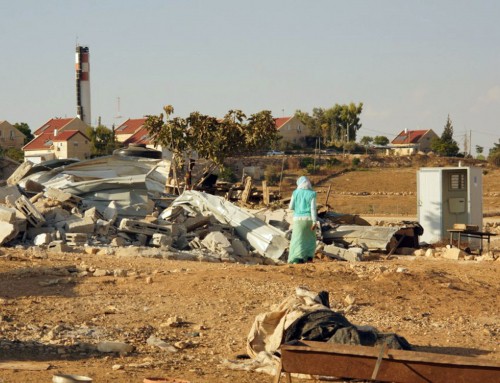 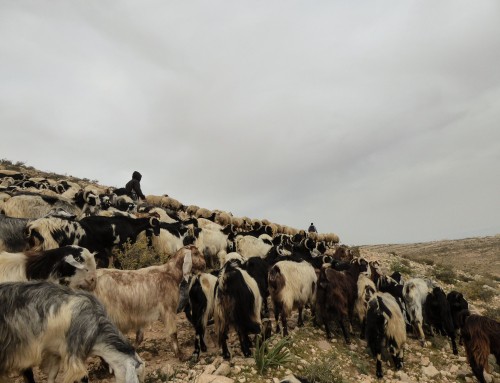 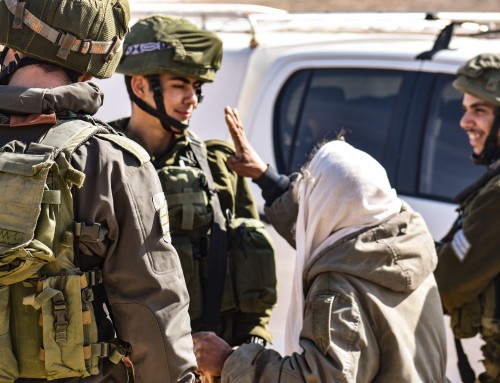 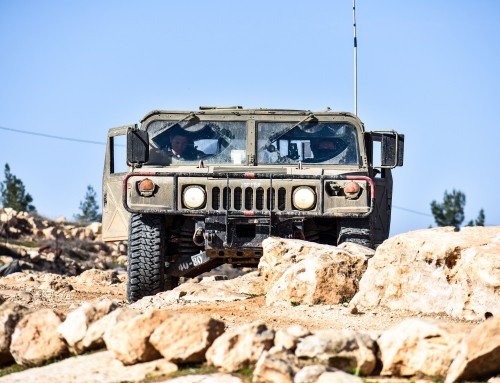 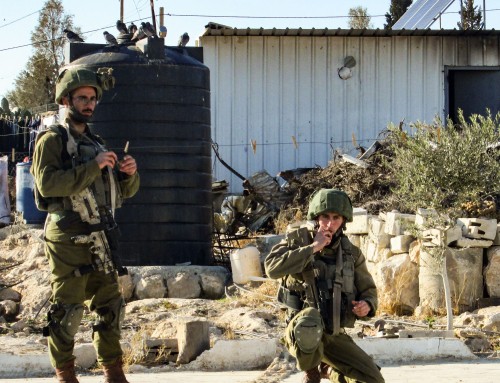