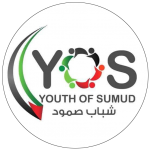 Palestinian activists on the frontlines of South Hebron are routinely targeted by the Israeli military and settlers, oftentimes ending up incarcerated until they are able to pay their bond. This fund will go to ensure that Palestinians are not holding the full financial costs of trying to protect their families and lands.

UPDATE: Dec 14, 2021 – Over the last month several activists have been incarcerated and have had the Israeli state impose additional fines. Activists from Tuba and Atwuani have both been jailed in Kiryat Arba recently, most notably Hamoudi Huraini.

UPDATE: Sept 28, 2021 – Today Israeli settlers ran wild across Masafer Yatta, carrying out violence against Palestinian communities in al Mufagara village as well as Atuwani under the protection of the Israeli military. Settlers stabbed sheep, broke windows in homes and damaged cars, and threw stones, resulting in the hospitalization of a young Palestinian boy whose head was hit by a rock. Soldiers chased local Palestinians, causing one old man to collapse. At least eight Palestinians have been injured so far, and two Palestinians have been arrested without any clear charge.

Stand in solidarity
Here, a video from early December shows Israeli settlers and military attacking children in Atwuani on the path to school.