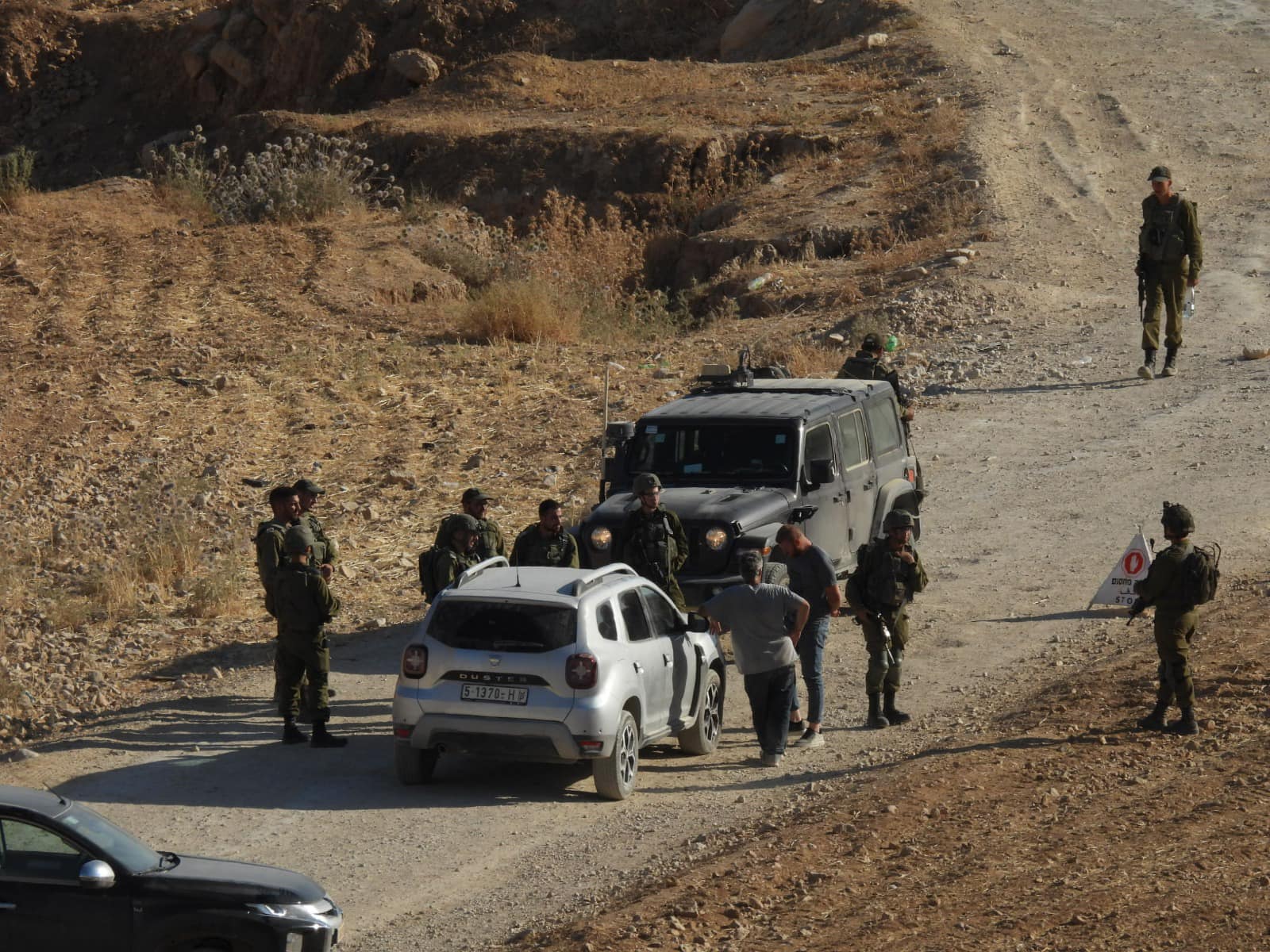 Sami Huraini, along with members of Youth of Sumud, we detained for over eight hours in Masafer Yatta while engaged in community organizing.

On June 29th, Palestinian activist Sami Huraini and other grassroots organizers were detained in Masafer Yatta while on their way to meet with the community leaders in the 918 Firing Zone. Huraini, a co-founder of the Palestinian community organization Youth of Sumud, was detained by Israeli forces for over eight hours in the desert, and his family vehicle was taken to an Israeli impound. For the vehicle to be released, the family must pay over 8,000 shekels.

A Frontline Defender of the Year Award recipient, Huraini has been targeted by the Israeli military and settler movement as they attempt to disrupt nonviolent resistance efforts in South Hebron.

“The Israeli state has long targeted Palestinian activists. From arbitrary arrests and raids, targeted assassinations, and threats to their families, we understand that doing this work requires us to take risks. So it wasn’t a surprise when the Israeli military held me out in the hot sun for over eight hours, confiscated our family’s vehicle, and imposed heavy fines for the release,” explained Huraini. “But it hasn’t deterred us from continuing to be present in Masafer Yatta and be with the people of the 918 Firing Zone facing forced transfer and the destruction of their villages.”

We are raising funds for the release of the family vehicle. Please consider donating and supporting the work of Youth of Sumud and grassroots organizers in Masafer Yatta during this critical period.

Thank you to all our donors, we have met our fundraising goal. For those wanting to continue to give to the work of the Good Shepherd Collective, you can follow this link here.