Support the Human Rights Defenders of Youth of Sumud

By Ali, Youth of Sumud Activist

We are activists at Youth of Sumud, in the heart of the South Hebron Hills, Palestine. Our community lives under the Israeli occupation and suffers every day from the impacts of illegal Israeli settlements, military and the occupation as a whole. Most recently, the shepherds who live around the settlements have been harassed every day when they are out grazing their sheep. As members of Youth of Sumud, and along with a few internationals, our job is to accompany these shepherds and protect them from the settler violence.

Now, we are asking for supporters of justice to join alongside our stance against illegal arrest and detainment. Due to the arrest of two YOS members, one shepherd, and a community member, we have had to pay nearly $4000. The funds received will cover these costs and support those who stand for justice. We will also be using a portion of the funds to prepare for future cases, as illegal arrests are ongoing results of the Israeli occupation. You can read below the most recent events that the YOS human rights defenders have suffered from. Any amount donated is appreciated and we value your support and solidarity as we strive for justice. 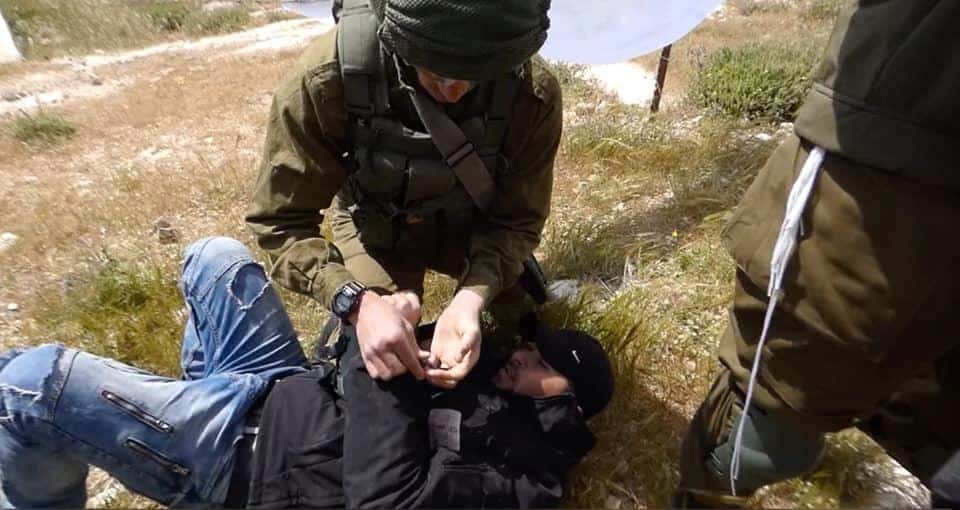 Two weeks ago on March 7th, myself, Ali, and my friend Malik were accompanying the shepherds on their land, near the outpost of Khavat Ma’on. Settlers came and began harassing us, eventually calling the army who without any legal reason, began checking our IDs and physically forcing us off the land. The shepherd who was with us at the time was not in good health, and during the arrest, he couldn’t breathe well and passed out. Malik and I called an ambulance immediately for the shepherd and began carrying him towards the road so he could be picked up. The soldiers ordered us to stop, and the commander said, “You two are preventing soldiers from doing their jobs by carrying this man. You have two minutes to drop him and leave the area.” We refused to leave him and this resulted in the arrest of all of us, including the unconscious shepherd. They took us to the police station at the Kiryat Arba settlement in Hebron. We waited there for 12 hours, handcuffed until the investigator arrived. During the investigation, they charged us with preventing the army from doing their job. They told us that our choices were to pay a fine, 2000 shekels (USD$550) shekels for all of us, or to go to jail. We paid the fine, but they kept all of our phones because we had taken pictures of the harassment,  later informing us we would never be able to get them back.

Our phones as human rights activists are absolutely crucial. They are the only tool that we have to document what the Israeli military occupation looks like on the ground, and without those, our stories go untold. Our communities around the world use documentation in their advocacy initiatives to secure human and civil rights. Your financial support ensures that we are able to continue with our nonviolent resistance and expose the violence of Israel’s military occupation.

We ask that you stand with us as we work towards bringing in a new future, one based on equality and justice.