Today, members of Good Shepherd Collective were invited to join an action in Sur Baher organized by the Committee Against the Wall and Settlements and the Popular Committee in South Hebron. The activists present met with Minister Walid Assaf, built a tent in solidarity with the homes in Wadi al-Hummus on the other side of the wall under immediate threat of demolition, and carried out an action in which they marched toward the wall.
Wadi al-Hummus is a neighborhood of Sur Baher that is currently under threat of one hundred home demolitions, approved by the Israeli High Court. Despite the fact that Sur Baher is under the jurisdiction of the Palestinian Authority, it is located on the Israeli side of the apartheid wall, beyond the jurisdiction of the Jerusalem municipality. This has brought up various fears–that Israel will use this precedent to extend their reach of demolitions into areas controlled by the PA, as well as the fear that Israel will continue to try to break up Palestinian-controlled areas by further disconnecting them from one another. Already, Areas A (meaning the areas under PA control) are separated into distinct enclaves, and the Israeli military has, in the past, carried out demolitions in these areas–usually as punitive home demolitions for the families of Palestinian alleged criminal suspects. 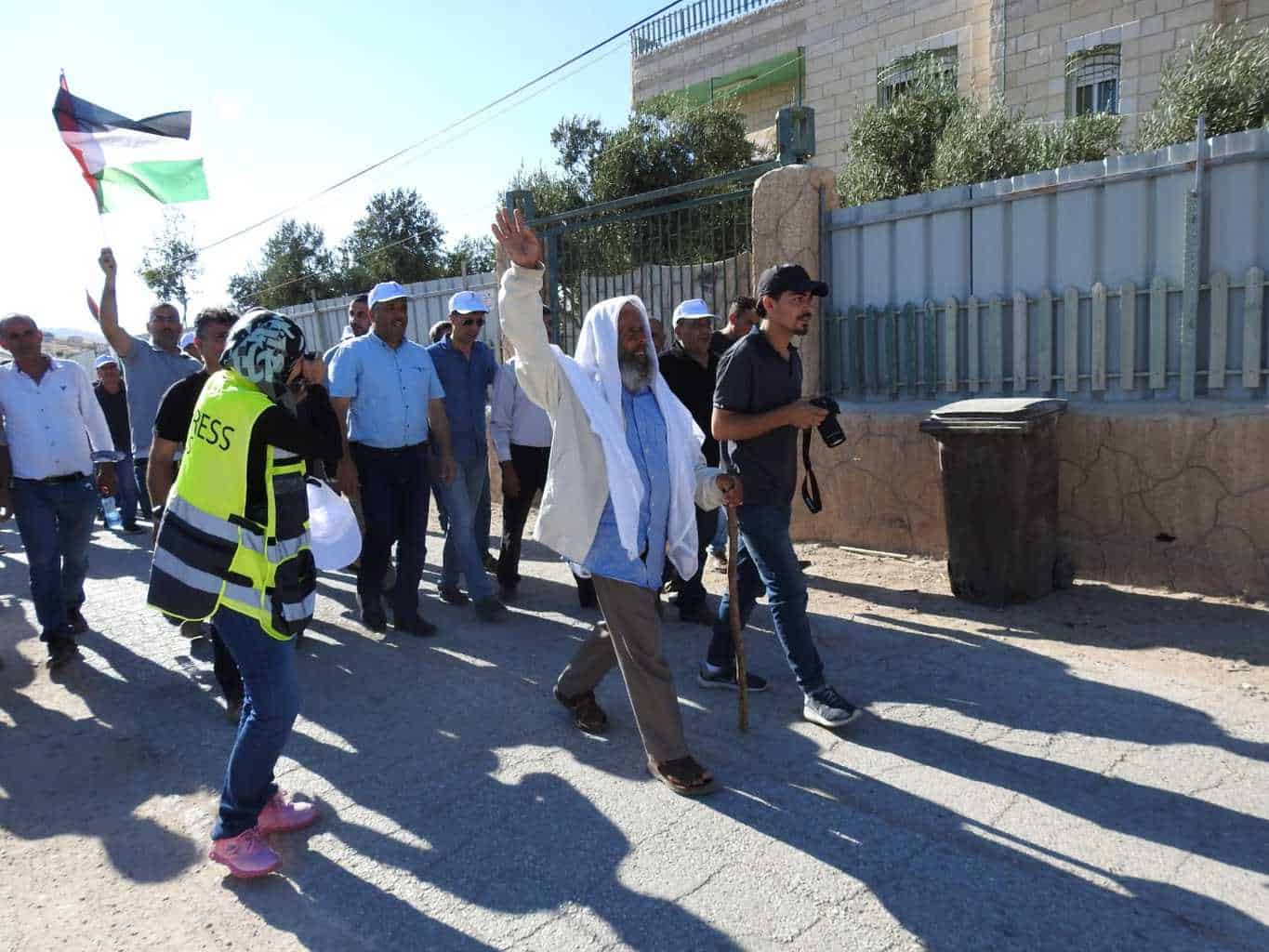 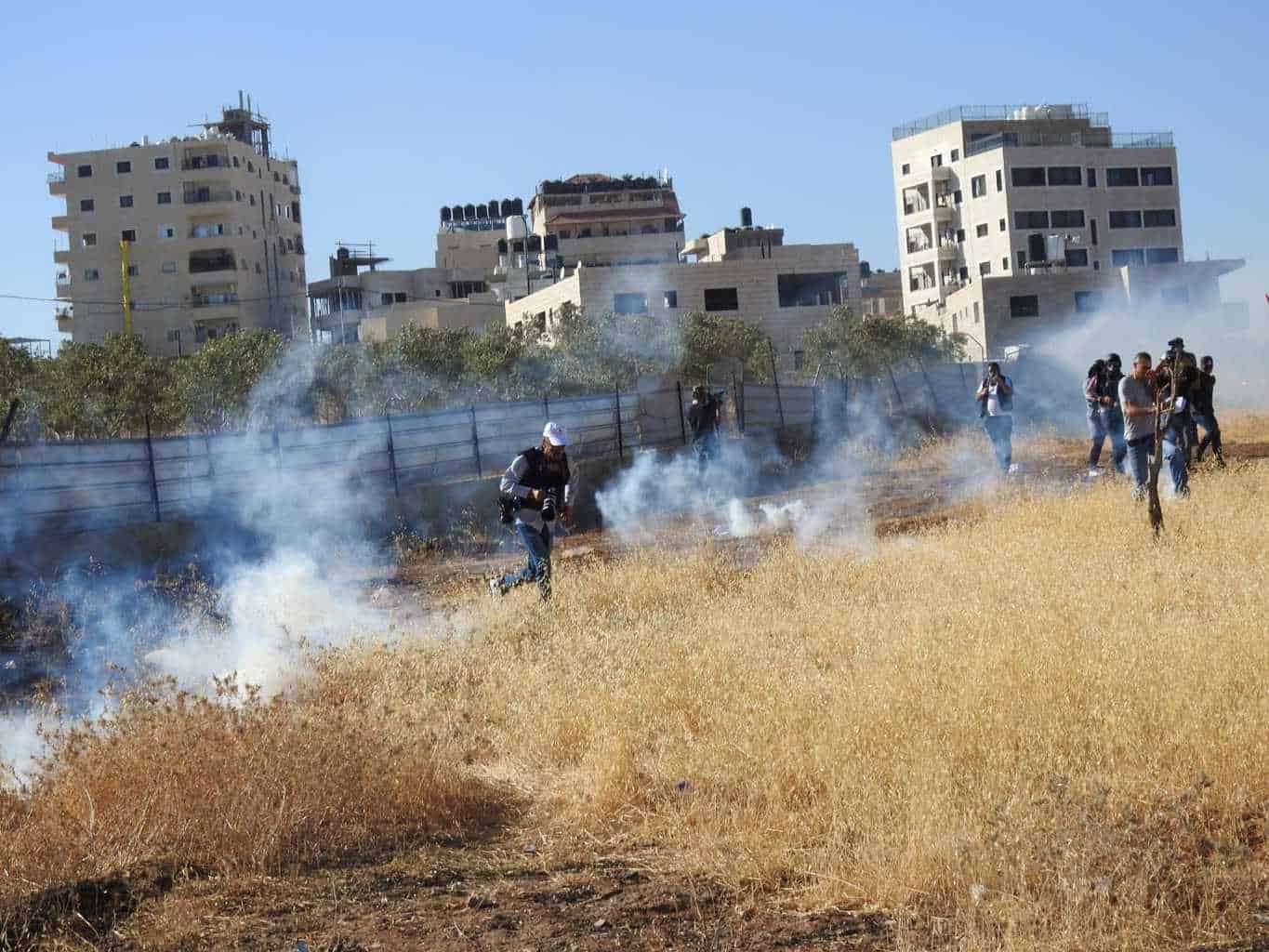 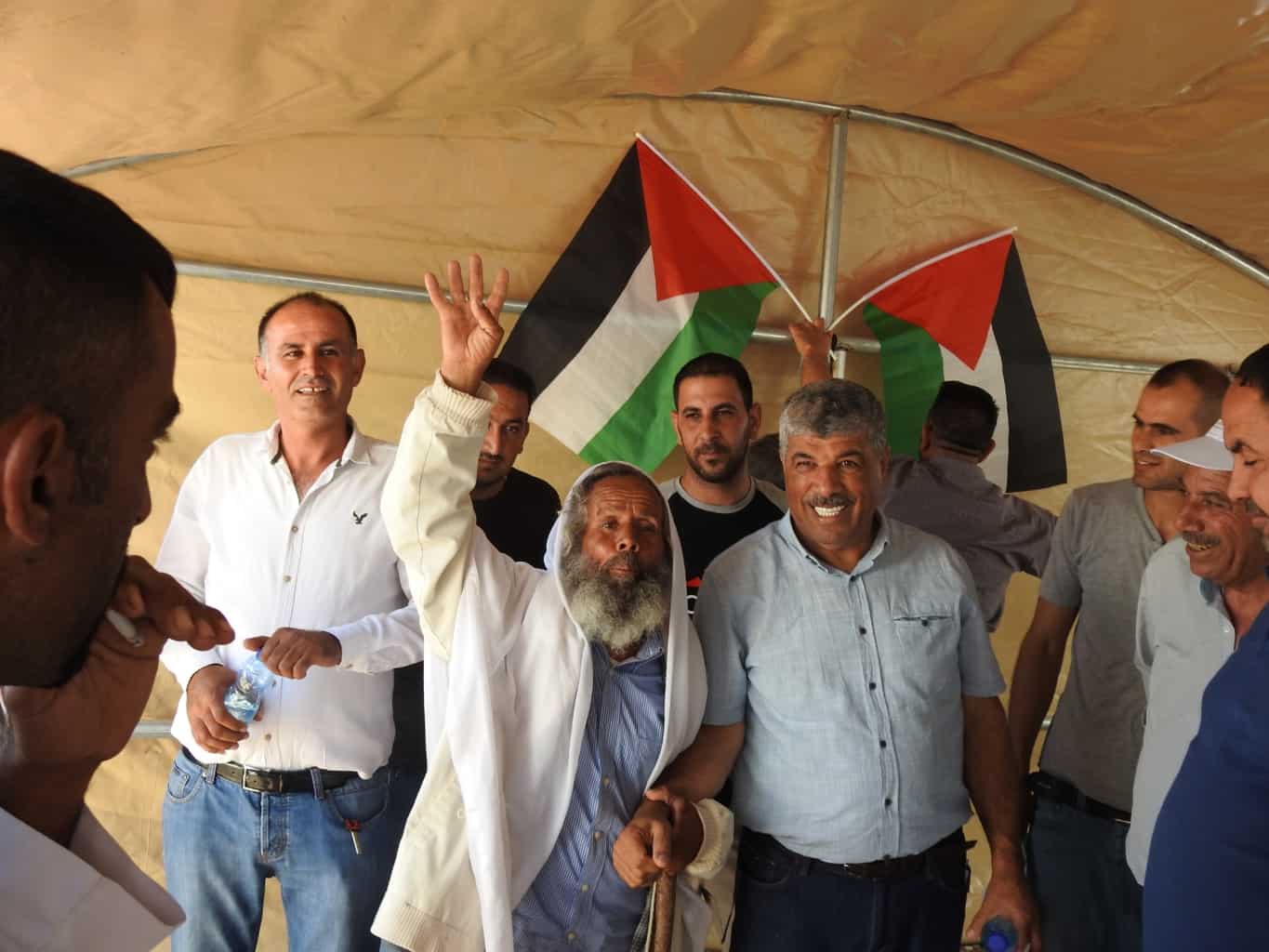 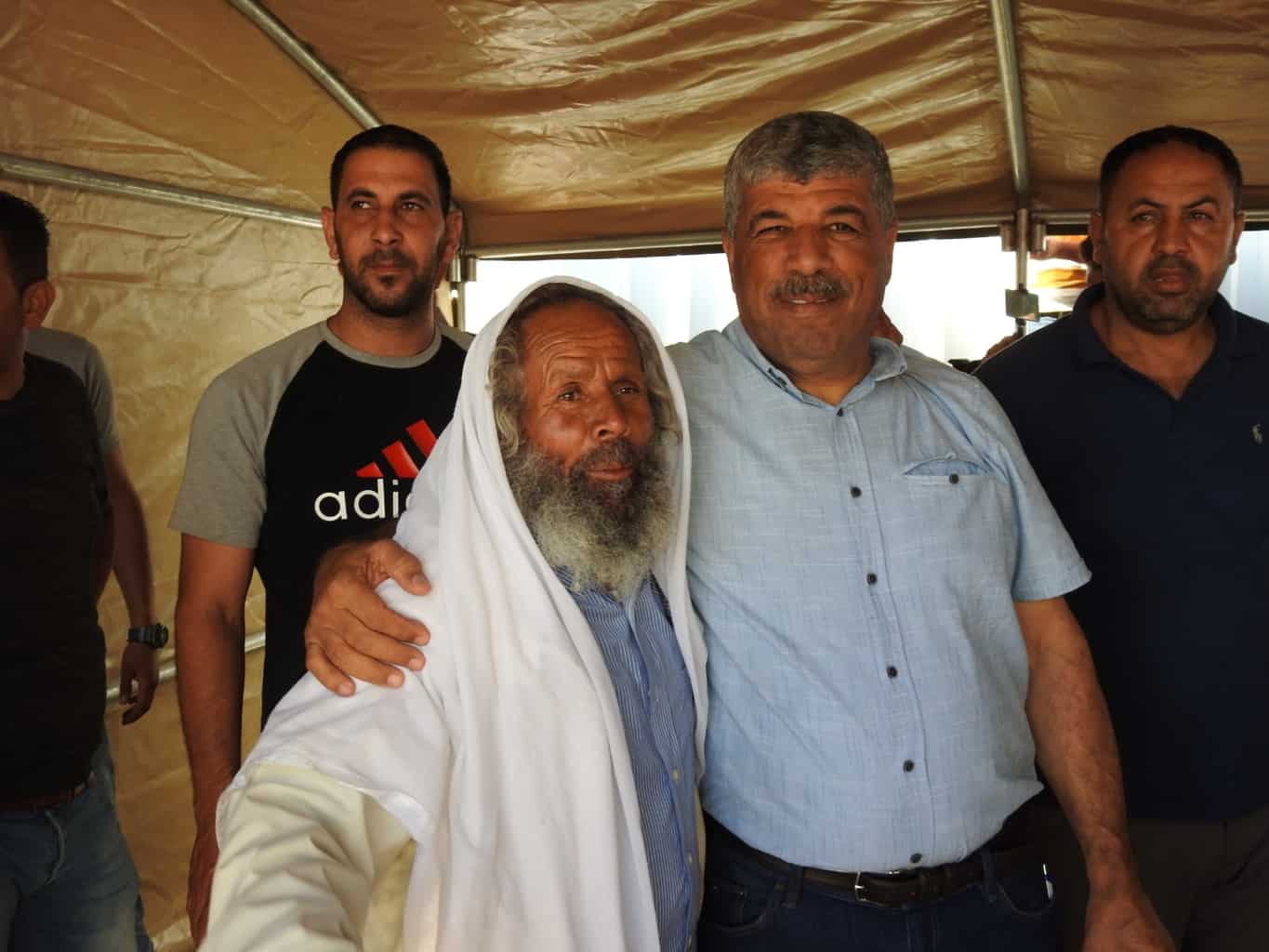 During the march in protest toward the apartheid wall, the protesters were met by the border police. The border police began issuing a statement that if protesters continued to approach the wall they would be met with force, but before the statement was even issued in its entirety, the police began shooting tear gas canisters at the people. Although tear gas does not injure people exactly, it certainly can have a potent effect; Hajj Suleiman, one of the well-known village elders from Um al Khair, felt the impact strongly despite his as he desired to be in the midst of the protest and a part of the crowd. Many others felt the impact of the tear gas as well.
The main message of the action came through clearly–Palestinians on both sides of the wall are one people. Despite Israel’s persistent strategy of divide-and-conquer, the people on both sides of the wall wish to express solidarity with one another and will continue to envision their future as one people. Whether it is fighting the continued process of dispossession and displacement of Palestinians through demolitions–a blatant violation of the Fourth Geneva Convention–or other racist practices, they will stand together, steadfast.

Your financial solidarity keeps us actively engaged with the most vulnerable communities. Consider making a tangible monthly contribution to the work on the ground.