The Israeli military confiscated a cement pump truck today in the South Hebron Hills in the village of al-Jwaya.

Local activists from the Sumud and Protection Committee reported that the far-right Israeli settler organization Regavim had intervened in the matter, spotting the truck and then mobilizing the Israeli military from the Ma’on out-post to take immediate action.

The Palestinian driver and company may face heavy financial fines and pay a deposit in order to release their equipment – which, of course, will take a heavy toll on their local business. 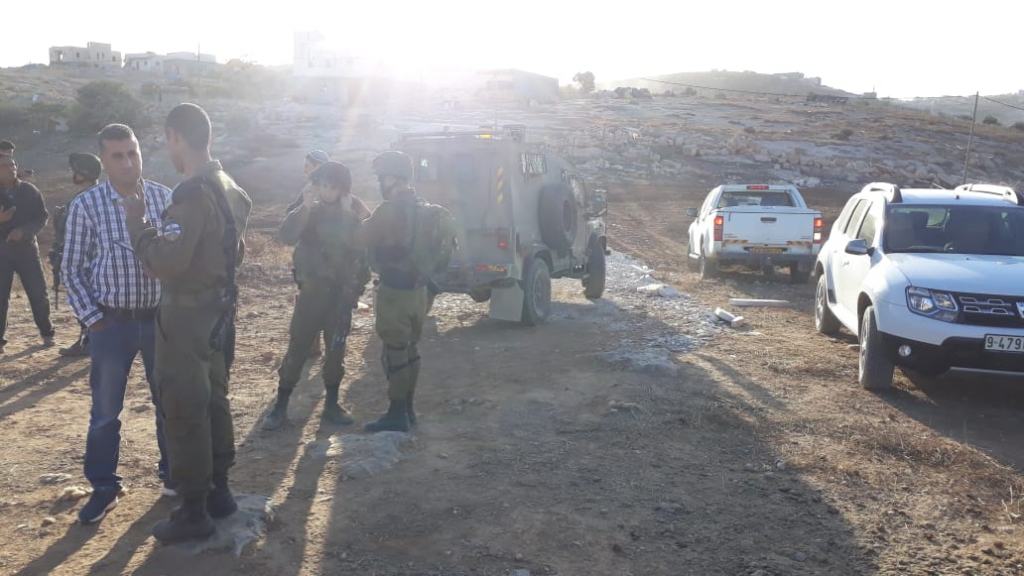 The Israeli military taking a Palestinian cement truck in the South Hebron Hills.

Settlers also attacked and harassed the community of Jinba in the 918 Firing Zone, an area that Regavim has been targeting over the last year, advocating for the cutting off of their water supply infrastructure, confiscation of the water delivery trucks, and the dismantling of the road system. The road had been blocked several times this year alone from pressure by Regavim.