June 1, 2022: As Israeli forces take two more tents in al-Mirkez in the 918 Firing Zone, demolishing more structures, this video clearly demonstrates that it isn’t about enforcing “zoning & planning” – as the Zionists argue – but rather about erasing an entire people.

From the Israel Land Fund and their proxies waging war on Sheik Jarrah, to Ateret Cohanimphysically squatting and laying claim to the Imperial Hotel at the Jaffa Gate, to Regavim advancing a program of ethnic cleansing in Masafer Yatta and Khan al Ahmar, the Israeli settler movement is organizing and orchestrating the takeover and colonization of of Palestinians lands and property. Their role in Israel’s program of settler colonialism is absolutely central. The Palestinian call to defund these organizations is paramount in defending some of the most at-risk communities.

The Good Shepherd Collective, together with on-the-ground Palestinian grassroots organizations — Youth of Sumud, the Community Peacemaker Teams, the Human Rights Defenders, the Hebron Defense Committee, and Stop the Wall — are taking the lead in building an international campaign to challenge the funding mechanism of these Israeli settler organizations through the Campaign to Defund Racism.

With the work of the Good Shepherd Collective providing new structures of engagement, we are asking you to continue to invest in this urgent work by helping us build out our presence in these communities. A monthly donation of 5, 15, or 30 dollars fuels the work in sustainable, reliable ways. As the Israeli government moves to expel the people of Masafer Yatta, it is paramount that we escalate fundraising to ensure that we are able to sustain the work.

Make an investment into building alternative forms of organizing on the ground in Palestine. Donate today. 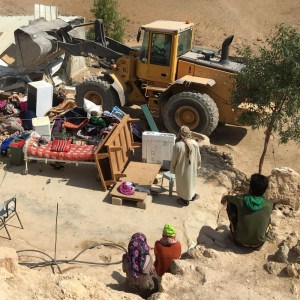